Patricia Arquette: “Wage Equality Once and for All”

In her acceptance speech for Best Supporting Actress at the 87th Academy Awards, Patricia Arquette made an impassioned plea for equal rights and equal pay for women in the United States. Ms. Arquette said: “To every woman who gave birth, to every taxpayer and citizen of this nation, we have fought for everyone else’s equal rights, it’s our time to have wage equality once and for all, and equal rights for women in the United States of America”. Her powerful statement was one of the highlights of the evening and led to a rousing ovation led by the actress Meryl Streep. Her sentiments are dead perfect. It is well past the time women should be striving for equal pay and equal rights. I address this issue in my book “Theory You” where I note women “still have to adopt a pioneering attitude and battle lingering umbrages”.

Women are paid less than men to perform the same job. This is both a fact and an historical battle. The figures released for 2014 by the Bureau of Labor Statistics indicate the Gender Gap is narrowing. Women were earning 77% of what men earned in 2013. The Gender Gap is now at 82.5% as Ms. Arquette so eloquently notes. The trend is improving but it is still a question as to why it remains a gap.

The next widest Gender Gap exists with Physicians and Surgeons. The gap here is 62%. However, there are some factors that may contribute to this gap. Women with families sometimes opt for specialties that have less demanding schedules thus allowing them to have more control of their work day and also function as a mother. However, it is doubtful that this factor explains the entire gap that exists.

Securities, Commodities and Financial Services Agents represent the third widest Gender Gap. Women in this sector earn 65% of the compensation earned by men. They are followed in fourth place by Financial Managers. The Gender Gap here is 67%. There are over 1.1 million people who claim Financial Manager as a career choice with the majority women: 606,000 women to 527,000 men. Thus even in a sector dominated by women the Gender Gap still exists in compensation. Also of interest is the domination of the financial area in perpetuating the Gender Gap. Three of the Top Five Gender Gaps are in the financial world, with the average compensations between 15% and 21% below the national average of 82% for women’s compensation. This is a startling bit of information. And it shows the scope of the battle that remains to be fought.

The fifth widest Gender Gap exists in the Top Executive sector. Women are paid 70% of the compensation earned by men. Thus even when women crack the glass ceiling and win the top position they still find discrimination. Of all the statistics I’ve reviewed this is the most disturbing. However, it has a positive side and that is that as more women earn the top spots they can dramatically close and end the Gender Gap.

The report does not address the entertainment industry but as the recent emails made public from Sony point out female movie stars earn less than their male counterparts.

As I said in my first blog re: women in business: this is 2015 not 1915. We all owe a debt to Ms. Arquette for using her moment in the sun to benefit all the women in this country.

About the Author: Joseph Cronin

Joseph J. Cronin is a former global advertising executive and educator. He was Vice-Chairman of Saatchi & Saatchi Advertising and also held executive management positions with advertising giants DDB and BBDO. He was part of the management team at Chrysler Corporation in the early 1980’s when Chrysler fought successfully for survival and repaid the loan guarantees from the US government. In his advertising career he has been president of agencies in Los Angeles and Miami and had executive positions in New York, Boston and Detroit. His extensive global experience includes work in: Japan, United Kingdom, China, France, Argentina, Hong Kong, Belgium, Venezuela, Namibia, Australia, New Zealand and Brazil. His education experience includes two stints teaching at Northeastern University in Boston where he taught courses in both global marketing and global management. He has also spoken at many colleges and universities including: U Cal Berkeley, UCLA, USC, Stanford, U Hawaii, Emerson, U Maine, and Arizona State Thunderbird School. He resides in both Los Angeles and Boston. 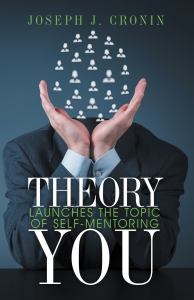 “Theory You” is a breakthrough management guide for success at every step in a career including the corner office.